Dad jokes and the psychology of humour

I have struggled to focus today, because on the way to work I made up a joke that I am ridiculously pleased with. Drum roll, please:

'I had a dream that I was going to get wet on a camping trip. Turns out I was right - must have been a portent.'

Now I'm not saying that's good; in fact, the complete opposite. I shared it on my Twitter feed, which kind of specialises in bad jokes, and my friend and psychologist Chris French immediately responded 'that is truly awful – go to your room!'

The really funny thing is that that was the desired response: I like a groan more than a laugh! That is particularly the case with 'Dad jokes'. I tell my kids jokes as often as possible, and the worse they are the better. Is it just me, or when you tell your children a joke do you actively want them to think it's rubbish?

Why do Dads do this? Why do we seek out and tell rubbish jokes in order to reinforce the stereotype that we're a bit rubbish? Why does nobody talk about Mum jokes – what would a 'Mum joke' even be?


(If you're interested in the psychology of humour, look out for the April issue of The Psychologist, which is going to be a comedy / laughter special. But be warned that American author E.B. White once said: ‘Humor can be dissected as a frog can, but the thing dies in the process, and the innards are discouraging to any but the pure scientific mind.’)

Unfortunately my effort isn't suitable as a Dad joke, because for most children (and, let's face it, many adults) it would mean explaining what 'portent' means.

So what makes the perfect 'Dad joke'? I would suggest:

- it's simple
- it's short
- it references something in their lives
- it's not very good.

Against those criteria, I think it's difficult to beat this one:

'What do you call a nervous Jedi? Panakin Skywalker'

…but I would really love to hear your Dad jokes. 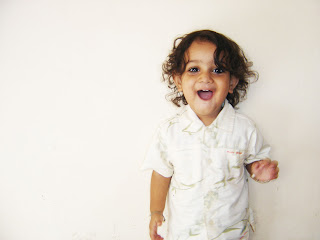 Of course, kids' jokes are something else entirely. There's some interesting research on the form they take, but to me most seem to be along these lines:

'Why did the chicken cross the road? Because he was being chased by the Poo Monster!'

Check out this site if you don't believe me.

UPDATE: Another example of classic Dad humour… if I'm in the car with the boys and we see an ambulance, I will always, without fail, say 'You're not going to sell many ice creams going at that speed'. It stopped being funny about 237 times ago. In fact, the boys would probably argue that it wasn't funny the first time. But I will never stop saying it, and I suspect that when they are Dads they will do exactly the same. Is this the best wisdom us Dads can pass down from generation to generation?

UPDATE TWO: Those nice guys over at Dadsaster have pointed me to Dad's Bad Jokes.  It has terrible jokes for every occasion, for example when driving past some black and white cows, 'Boy it must be cold out there, those cows are Fresian!'

UPDATE THREE: Also, maybe worth including my three favourite jokes that I tell about my own Dad, which are: